Many building piping systems are made of cast iron or steel because these metals are less expensive than copper, the original metal used for modern plumbing lines. The problem, of course, is that iron and steel, while strong and durable, are vulnerable to natural chemical processes that eventually degrade these materials and ruin plumbing systems.

The inside of iron or steel pipes are exposed to moisture and oxygen. The water and air eventually combine with metal on the molecular level to form oxide, producing rust. Rust can become a serious problem for piping systems because it narrows the interior space of pipes, reducing the volume and rate of water flow.

Over time, rusting leads to pipe corrosion, the deterioration and destruction of metal. Corrosion is often the reason why pipes leak, break, and collapse over time.

The conventional solution to fixing metal plumbing systems damaged by rust and corrosion is re-piping. Re-piping is an expensive, highly-disruptive approach to replacing plumbing systems because it requires core drilling as well as cutting through walls, floors, slabs, walls, and ceilings. After the pipes have been replaced, contractors must then restore the building’s drywall, tiling, and concrete. Residents of a building undergoing re-piping live in a construction zone, and have to endure noise and general inconvenience while repairs are underway.

In other words, re-piping is an outmoded solution to fixing piping systems. 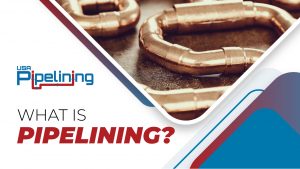 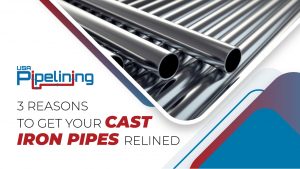 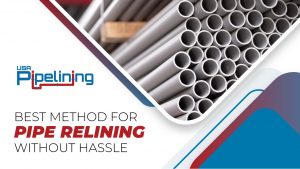